I had a spectacular day on trail. As I get closer and closer to Kennedy Meadows I’m more and more looking forward to being up in the mountains. The views were beautiful today. 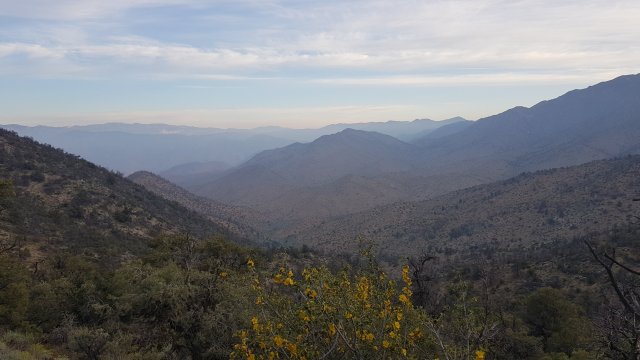 I set off early and was able to enjoy the trail in the cool of the morning. The light is beautiful this time of day and although I hate early mornings, getting up early is worth it for the peace on the trail.

There was a fair amount of climbing to be done but in the cool of the morning and with the spectacular scenery it felt easy. 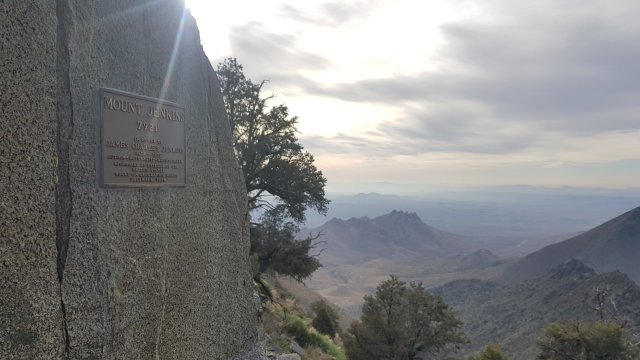 I enjoyed a mid morning snack taking in the the views of the desert valley below.

I took a lunch time siesta finding a beautiful camp spot by a watersource where I napped during the hottest part of the day. I ran into a couple of people that I hadn’t seen in a while. It was nice to catch up. 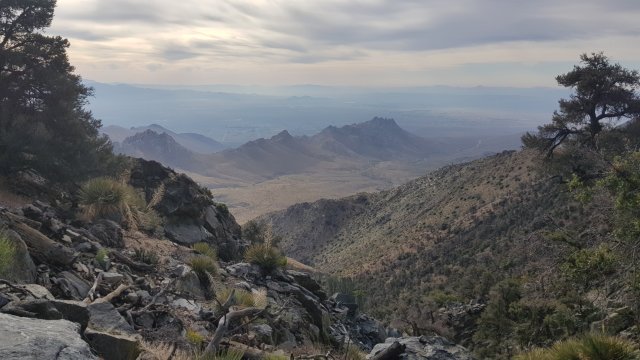 At around 5pm I reluctantly set back out on trail, there was a climb ahead of me and my bag felt heavy with the extra water I needed to dry camp. 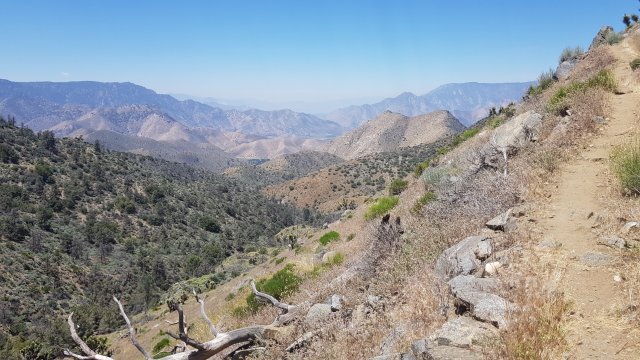 As the sun was setting I enjoyed soft golden hour glow over the mountains as I climbed my way up to my tent site for the evening. 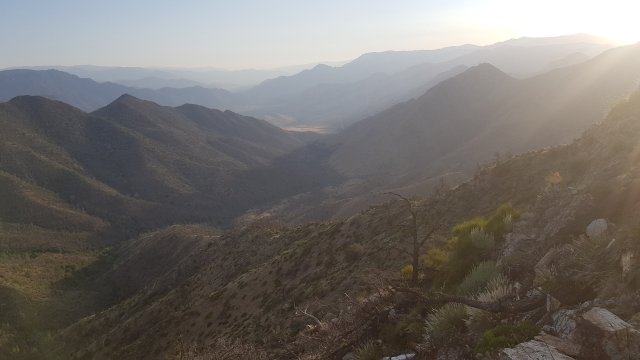 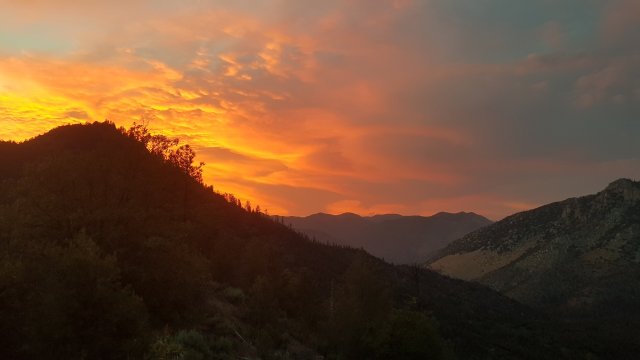 When I got into camp all of the sheltered sites were occupied but I think it was meant to be, I got to enjoy a vibrant orange sunset over the mountains.

The climb up had been hard but the views made it all worth it.

This morning was one of those morning’s where everything felt a little off. I woke up to sore tummy, likely the result of eating too many m&ms last night.

When I went to put on my shoes there was a big spidery looking creature sitting on the toe. Exactly the reason I prefer to tent rather than cowboy camp. I love sleeping without the fly but still like to have some separation between myself and the insects.

I set off early to avoid the heat so I could climb the remainder of the hill infront of me in the cool of the day. The flies were intense this morning and extremely irritating. They aren’t big blow flies but tiny little black flies that hover around your face as you hike. They don’t bite but seem to like to go for the eyes. I spent half the morning trying to swat them away with my treking poles which made the climbing a little slower.

After stopping for a morning toilet break I discovered I was developing a bout of chafe so I took yet another break to take care of it.

The views were pretty during the stretch of trail I was walking, epic mountain vistas. It was hard to focus on them through all of the flies though.

The terrain slowly changed into pine forest as I climbed. It felt like a sign of things to come as I get closer to Kennedy Meadows.

After reaching a watersource mid morning I had a quick break and decided to continue on to the spring which was only a couple of miles away. I would sit out the mid day heat and at 4pm walk another 4 miles.

At around 3pm clouds and what looked like a storm began to close in. While it would have been good to walk in the cool weather I decided it wouldn’t be a good idea to camp ontop of the mountain incase a thunder storm developed so I decided to stay put. It would be a short day on trail but I have plenty of time to reach Lone Pine before Adam arrives on the 24th.

The storm ended up passing but regardless I enjoyed a relaxing afternoon in the tent watching nextflix and snacking. It’s not a bad life this hiking life.